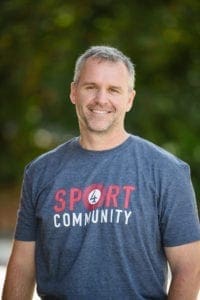 Dr. Skye Arthur-Banning started his soccer refereeing career in 1992 as a way to stay in shape for ice hockey in the summer in Canada. Recognizing his passion for the art of officiating, when he moved to the USA to pursue his Master’s degree and PhD,  it became a great way to relieve the stresses of his studies. In that time, he became a USSF National Referee, a certification he held for 7 years and currently is a National Referee Coach and National Assignor with US Soccer. In 2012, he learned about Paralympic soccer while attending the Olympic Games in London and wanted to explore ways to give back to the game in a different way. By 2014, he was appointed an International Referee for the International Federation of Cerebral Palsy Football (IFCPF), the FIFA equivalent of Paralympic Soccer that includes individuals with cerebral palsy, traumatic brain injury, stroke and other neurological impairments and in 2015 was appointed the Head of Referees for the IFCPF. He was fortunate to be able to officiate in the Rio Paralymic Games in 2016 and was an assistant referee on the gold medal match. Between USSF and IFCPF opportunities, he has officiated in over 100 International matches at events around the world including Argentina, Denmark, Spain, Tanzania, Brazil, Canada, USA and Italy. In addition to these incredible opportunities, he has remained active as a referee in the NCAA and continues to serve the High school and youth games in the region. 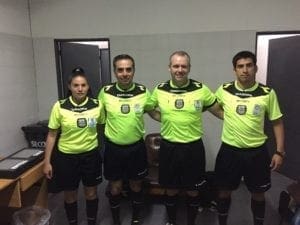 Professionally, Skye is an associate professor and coordinator of the community recreation sport and camp management area within PRTM at Clemson University. His primary research interests are centered around amateur sport and specifically, sport development. Lately he has focused his work mainly on adaptive sport and rehabilitation as well as sportsmanship and ethical behavior. Skye has co-authored a text book, Recreational Sport: Program Design, Delivery and Management; edited two other books, Youth Sport in America: The Most Important Issues in Youth Sports Today and Sports Global Influence: A Survey of Society and Culture in the Context of Sport, in addition to publishing in several peer reviewed journals and mainstream media publications. Finally, as his family first philosophy always holds true, he has a wonderful wife (Lisa) and 2 daughters, Mckinley and Brooklyn.